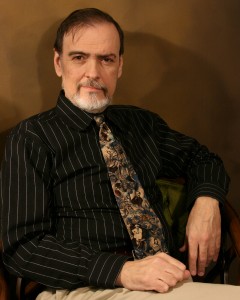 John has appeared with nearly every theatre in St. Louis and many throughout the Midwest.  He won a Kevin Kline award playing the title role in Avalon Theatre’s BARRYMORE. He also played Dr. Lyman in Avalon’s production of Bus Stop and two Kevin Kline nominations were for shows at Avalon: Best Actor in WALK IN THE WOODS (Botvinnik) and Best Director for MOLLY SWEENEY.  He played Arthur Kirk in Actor Studio Theatre’s NUTS and Creon in ANTIGONE.  At the Black Rep John was seen in GUYS AND DOLLS (Harry the Horse), CAROLINE OR CHANGE, MACBETH, and others. He appeared as Selig in GEM OF THE OCEAN at the National Black Theatre Festival in North Carolina.  John is a MUNY veteran from more than 40 shows including: PAJAMA GAME (Pop), FIDDLER ON THE ROOF (Constable), WEST SIDE STORY (Schrank), 1776 (McKean), SOUND OF MUSIC (Franz) and many others.  Other St. Louis appearances include Stages, HotCity, Shakespeare Festival, St. Louis Shakespeare, TNT, Historyonics, Westport Playhouse, Theatre Project Co. and countless others.  He has also appeared in theatres in Kansas City (Starlight), Atlanta (Fox), Detroit, Dallas, Pittsburgh (CLO), Okoboji and at Arrowrock as Van Helsing in DRACULA. Other favorite roles from more than 200 shows include: Arsenic and Old Lace (Jonathan Brewster), ALL MY SONS (Joe Keller), MERCHANT OF VENICE (Shylock) and two tours of FIDDLER… with Theodore Bikel.