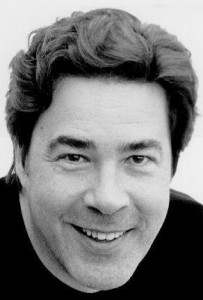 Jerry passed away in 2014. He performed in several Plays on the Menu productions.He will be missed. He was on staff at the New Jewish Theatre since February 2010, building all mainstage NJT shows since ROMEO & JULIET, including THE LAST OF THE RED HOT MAMAS, the Kline-nominated sets for AWAKE & SING and THE IMMIGRANT  and  THE LAST NIGHT OF BALLYHOO. Trained as an actor/singer, Jerry has appeared onstage at the original NJT space as Nat in I’M NOT RAPPAPORT and as Jack in BROADWAY BOUND. A winner of a Kevin Kline award for his performance as Richard Roma in HotCity Theatre’s GLENGARRY GLEN ROSS, he has performed at the Repertory Theatre of St. Louis, The Shakespeare Festival, The Milwaukee Repertory, The New Theatre and the State Theatre of Virginia. He was a proud member of Actors’ Equity Association. For John, Elaine & the lads.